It’s a given thing in our house, that anyone around the farm at approximately 4 o’clock in the afternoon, heads to Alan’s house for “tea”.  This has been happening for as long as we are in Waterford (15+ years), and I’m sure it happened before then too.  And the tea consists of tea, with a maximum of 2 biscuits.  In fact that was my first foray into speaking Finnish.  My nieces and nephews would ask Liisa (my Finnish sis in law) how many biscuits they could have.  And to this day, she still will say “kaksi keksejä”, which means two biscuits!  But sometimes it involves cake…

The key ingredient of course, of any afternoon is the tea. I try to use looseleaf when making a pot.  And I’ve lots of teapots. Lots. But sometimes only a bag in a cup will do.  My favourite is Breakfast tea blend, but try to have Darjeeling later through the day. And I know it sounds ridiculously snobby to have a a favourite tea.  But people have favourite coffee don’t they???

Afternoon tea can be fun- but also glamorous, and is a very relaxing way to spend time with friends and family. Afternoon tea, is in the fact the new cocktail hour in many hotels.  At some stage I want to try the one served in the Ritz Hotel in London.  They have served this meal since 1906!! But at £52 per person it’s a bit steep.  The more up to date version in Claridge’s (who have only been serving it for 150 years)  is a more informal setting focuses more on the food.

Using fresh water (very important because of aeration) bring the kettle to the boil.

Immediately “scald” the pot, leaving the water in it for around 5 minutes.

Empty this water out.

Add one teaspoon of loose leaf tea per person into the warmed pot. Reboil the kettle and add onto the tea. Leave for about 3 minutes, stir and serve. 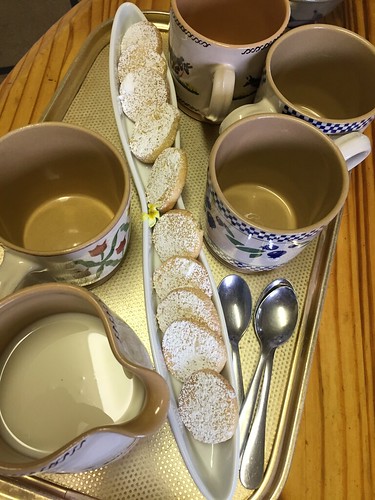 Darjeeling, as it happens, is a perfect flavour to have with a creamy pastry, so says the king of pastry, Eric Lanlard.  So who am I to disagree? Course now that he’s said that, I’ll have to try it.  Won’t I??