Anyway, it requires a little preparation, and a lot of time. But it totally worth it 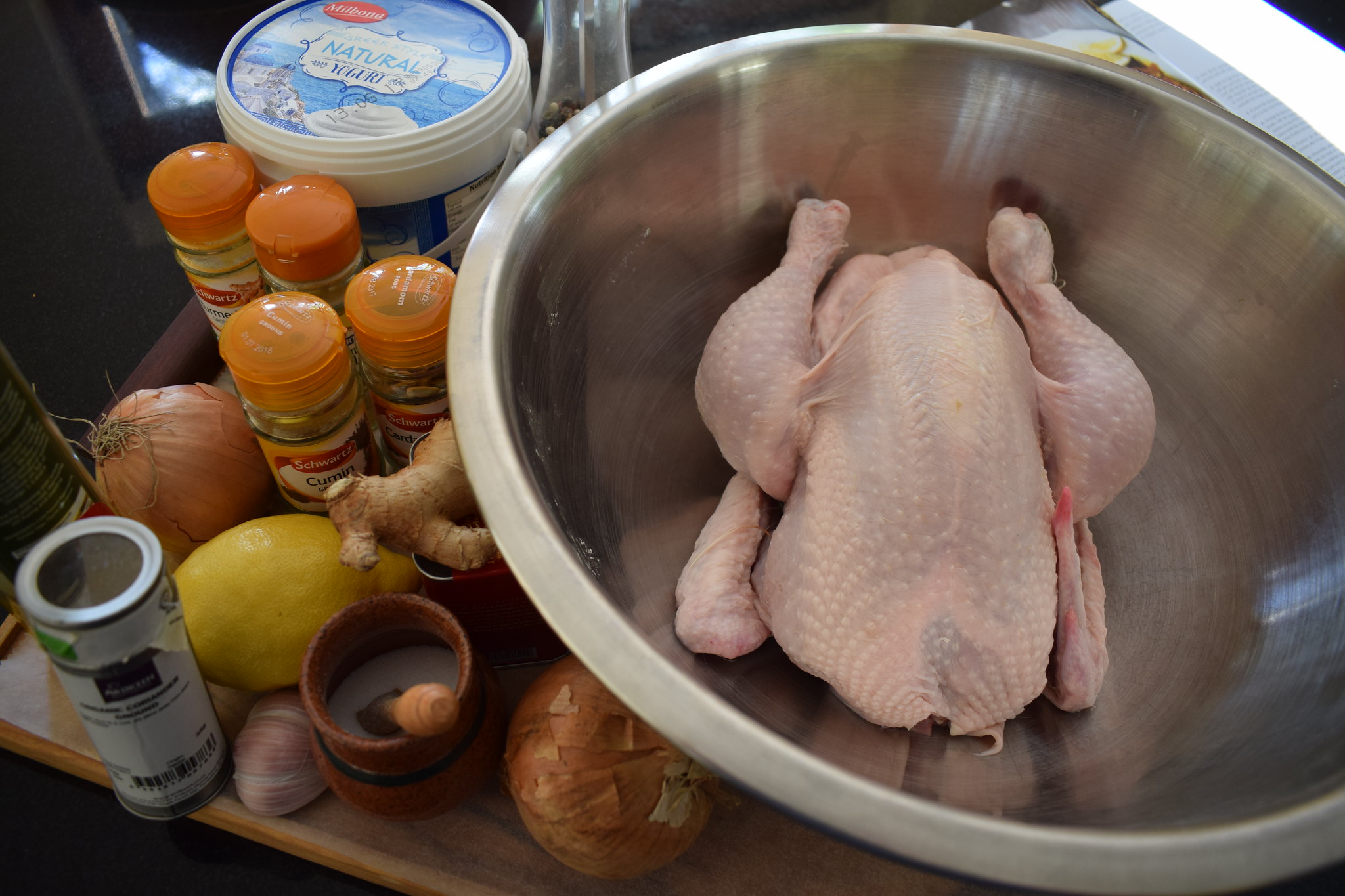 Make the marinade first by mixing the garlic, ginger, cumin, coriander, garam masala, turmeric, paprika, olive oil and yogurt in a large bowl and season with salt and pepper. Then Slash the chicken legs several times with a sharp knife, then rub the marinade all over the chicken, both inside and out. I added the sliced onions at this stage to try to encourage as much as possible of the flavours to mingle. If you want use disposable gloves for this if you want, otherwise just make sure to wash them straight away afterwards to avoid any cross contamination.  I was organised enough- for once- to marinade this overnight, but please leave it as long as you can. 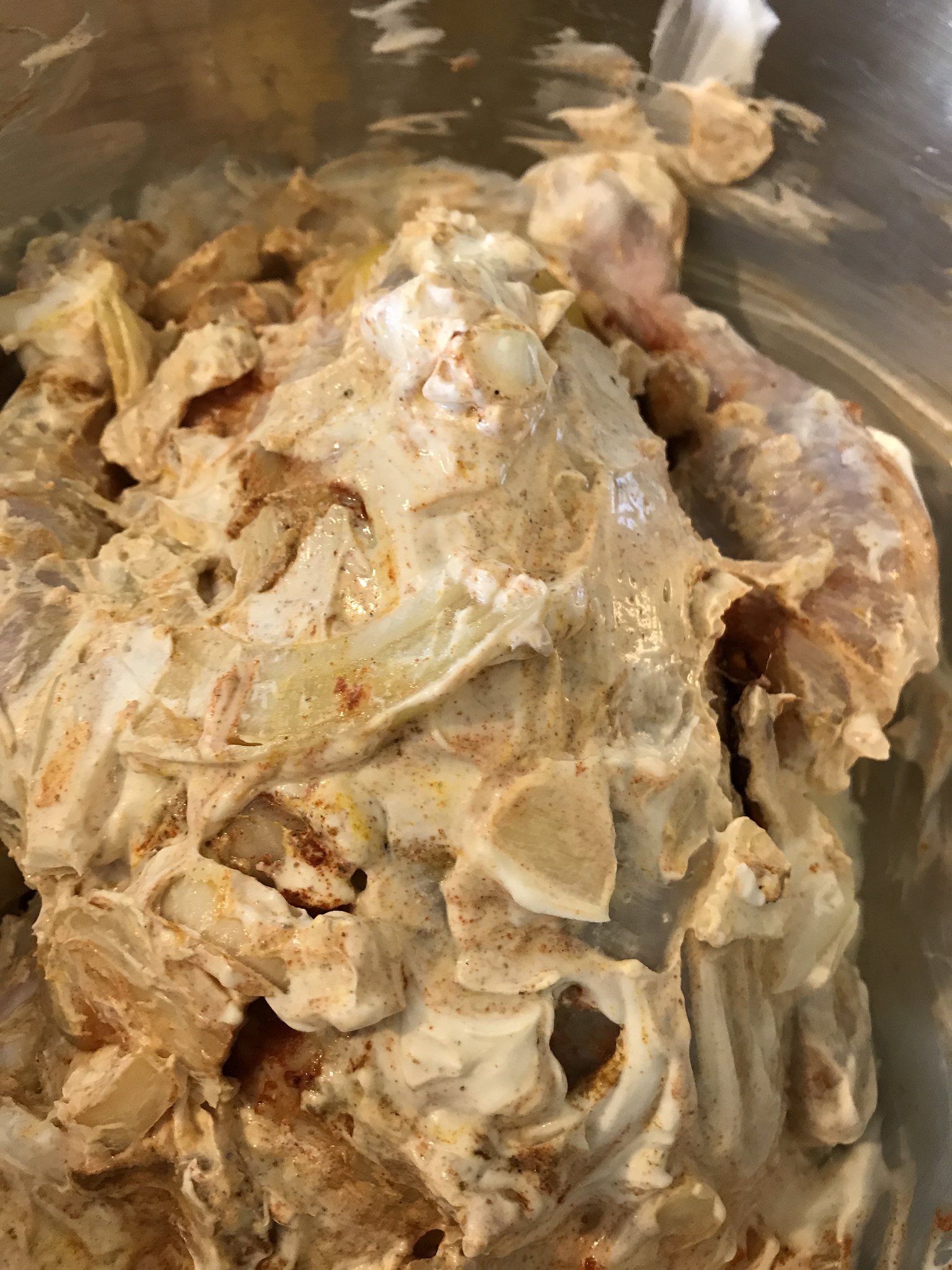 Take your Indian-Spiced chicken out of the fridge at least 30 minutes before it goes into the oven. Preheat the oven to 230°C. Make a base in your roasting dish with the onions and then drizzle over the rapeseed oil. Season generously with salt and pepper and sit the chicken on top. 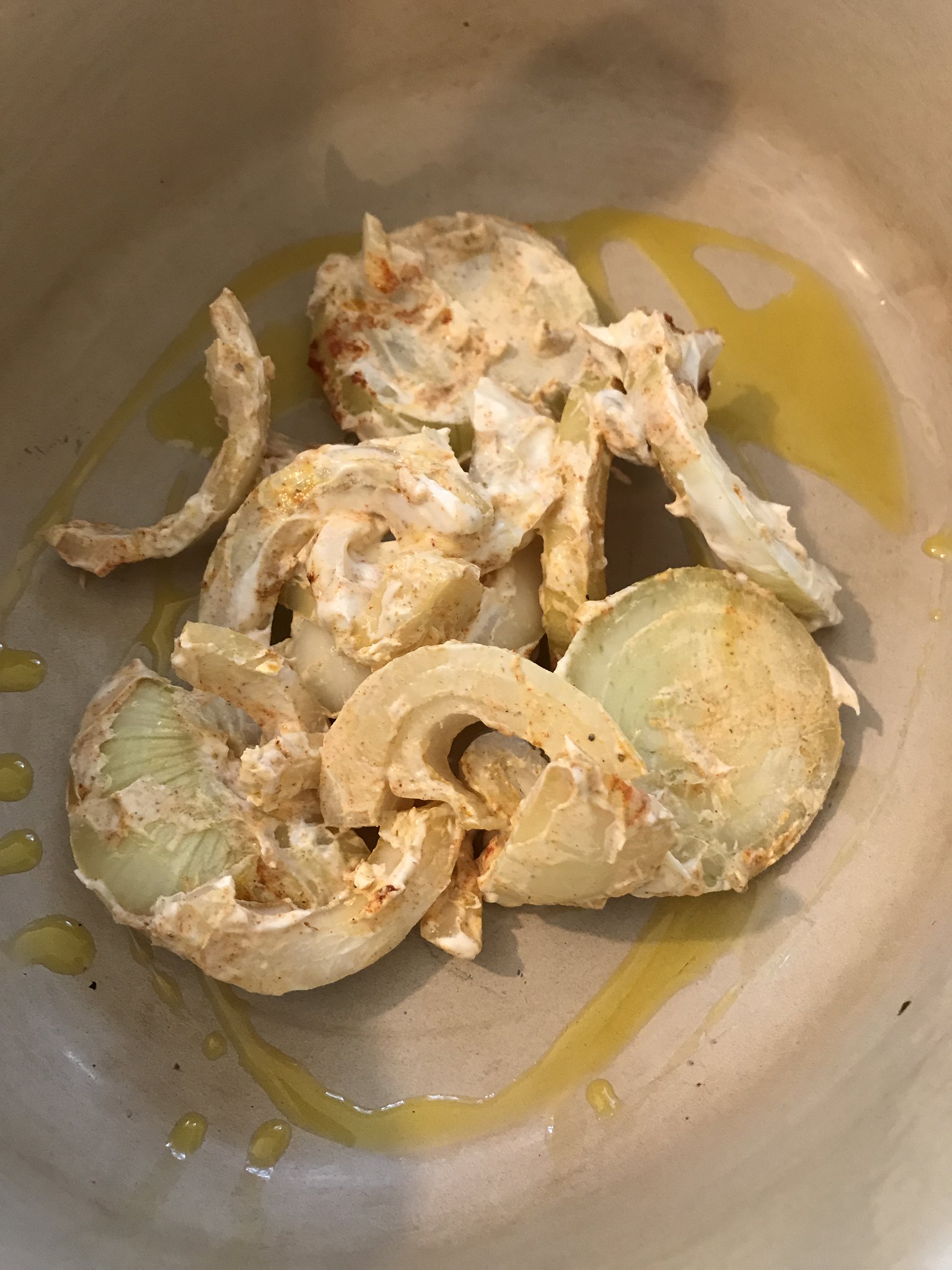 Meanwhile, prepare the bulgur wheat. Bash the cardamom pods with the back of a knife and place them in a bowl with the bulgur. Add the stock granules and cover with boiling water, cover with cling film and leave until all the water has been soaked up and the couscous is nice a plump. Using a fork fluff up the couscous when it’s ready and fold in the coriander. 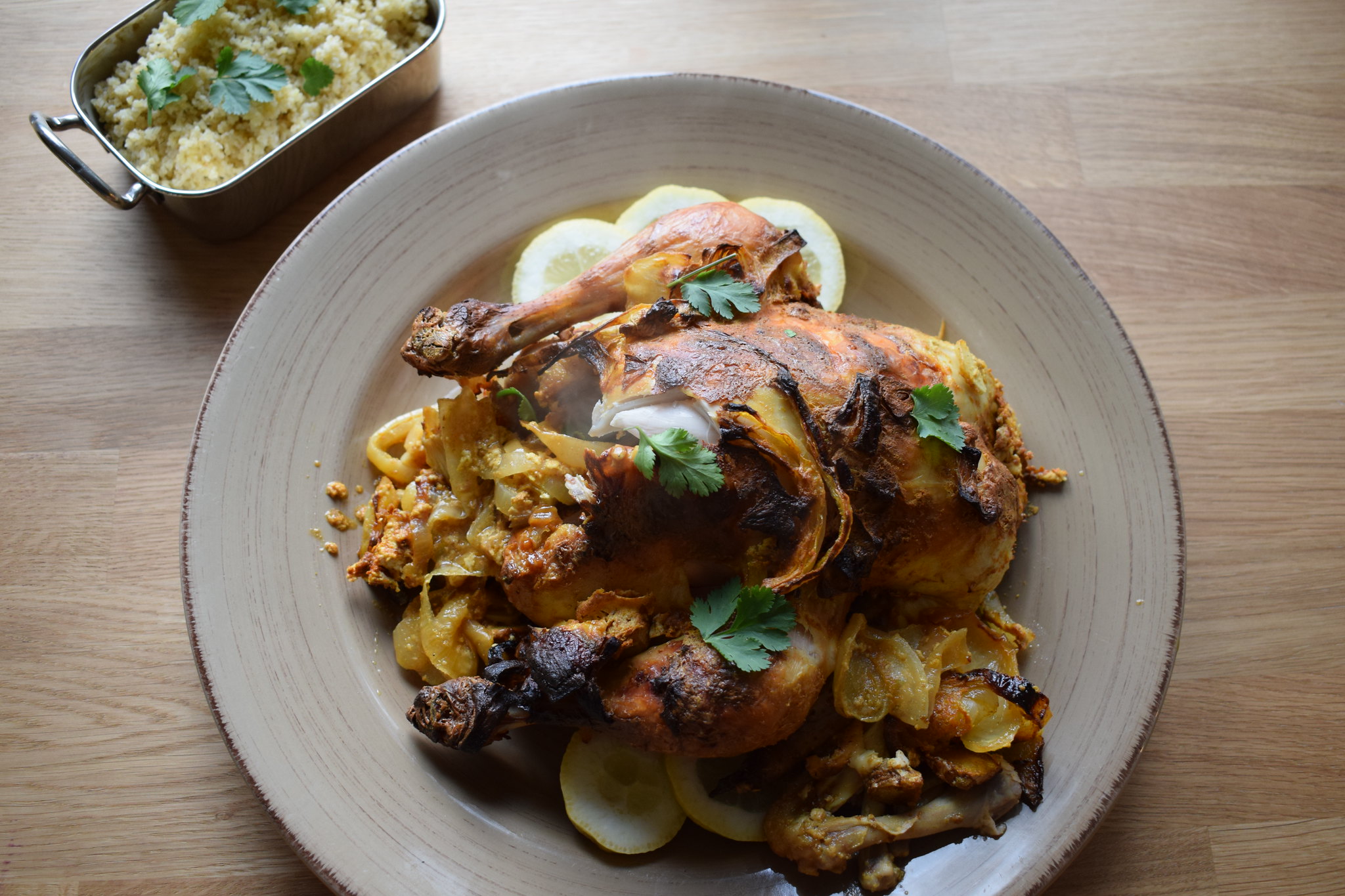 Rest the chicken in it’s roasting dish for at least 10 minutes before carving.  Serve with the bulgur and a nice green salad.

Nice one Donal, one for the cooking playlist.