As you know I travelled to Maastricht in the Netherlands last month to a college open day with my eldest. It was a city, to be honest, I knew nothing about.  Other than there was some kind of Treaty named after it.  That and stroopwaffles. The height of ignorance- I know!

And, due to one thing and another I didn’t have a huge amount of research time prior to travel either.  Thankfully a family friend had a good friend who grew up there, and he was a great help.

Often when you are up against it time wise, it’s good to have a list of must dos, and may dos.  And that is how I have categorised my list.  Which really is Julien’s list, with a few of my photos.

Our accommodation was, thankfully, really nice.  Classified as a boutique hotel, I was dreading a nouveax but not very comfortable establishment.  I need not have worried. The beds were lovely and comfortable.

With the cutest tea set in the room, which looked over the garden terrace.  Apparently it’s important to get a back room, like we had, as otherwise the street noise can be disturbing.

They’ve obviously never lived beside the dart line in Glenageary, and heard the diesel train making itself known to all and sundry every morning at 7! The hotel was called Boutique Hotel Sint Jacob.  And turned out to be about 30m from the college campus we needed to see.  Even if we took the long way around to get there.  A story FAR too embarrassing to tell.  Anyway- to the sights! 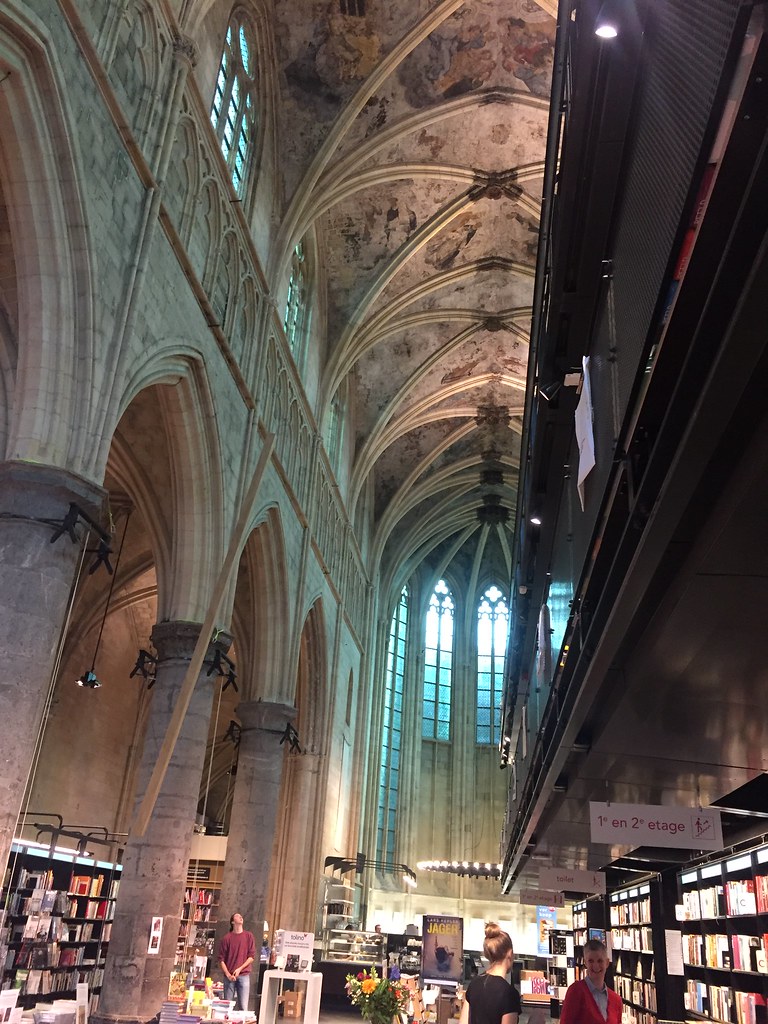 The most amazing bookshop, and unique book shop.  It is a real treat,  with quite a number of english books also.  There is also the added benefit of a cute cafe in the “front” of the church. The cakes looked very sophisticated, but we’d just finished breakfast *sigh*

We were literally a 30 second walk from this wonderful square.  I’m a complete sucker for the European cafe’s/ winebars with all the pretty tables and chairs outside.  (I mean, seriously- does it NEVER rain?)

I saw some fabulously unique shops around most corners in Maastricht.  But if you are looking for the mainstream, if slightly up market brands, they are also to be found here.  I know we were walking around on a sunny Saturday in Spring, but the buzz was mighty, as they say.  At one stage, while we were walking through the maze of streets, we suddenly heard a full brass band rendition of “It’s a long, long way to Tipperary”. We tracked it down, and it was a local feast day- celebrating the “Prince of Fools”.  Very colourful and loud!

Although I wasn’t expecting the Waterford Walls.  The city  walls of Maastricht are beautifully restored for the most part.  And the majority of them are incorporated into park lands.

The Food- oh my- the best til last

As you well know, I am ALWAYS looking to where my next meal is coming from.  And as we checked in to the hotel late on the Friday evening, I was already concerned about breakfast.  I need not have been.  The most GORGEOUSLY quaint and perfectly formed cafe called “Taart” was a mere 5 minute walk from our hotel.  Barely enough of a leg stretch to build up an appetite.

And even though we breakfasted there twice, I was reluctant to do anything but drool over the amazing cakes they were producing in front of our eyes.  It was like being at home with the mixer on in the background!

The other place we ate, and I’m not entirely sure how traditional it was- was basically a burger joint- Patty n Bun.  One word.  Heaven.

No, it wasn’t traditional.

Yes, it was reasonably priced.

Yes we saw them making the “fries” from scratch, and by hand.

And they were the best garlic chips I’ve ever had. They chopped fresh garlic, fried it in butter and covered the hand cut fries with it. Spectacular. 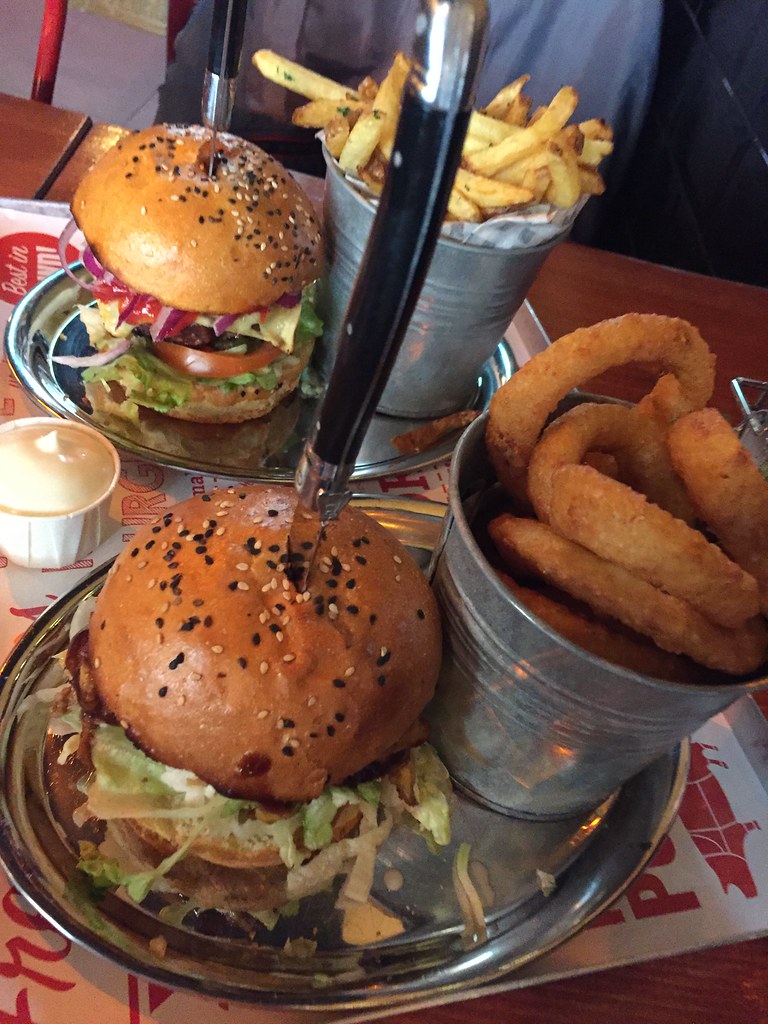 The college student from Newcastle (!) was extremely nice, and I can’t WAIT to return.  Might share the milkshake though this time….

And that was it.

The college? Well, suffice to say if they decided to ask me to come and study there I would.  However I will get to return.  And I can’t wait. Who’s coming?