I love a bit of tart.  And LOVE trying something new.  When we were at the open day in Maastricht they had lots of different tarts to try with your coffee.  I did the honourable thing and tried them all.  But went back to have a second piece of what I believe was Rijstevlaai tart.  or vlaai, (I think)! It’s base was a very thin dough, and to be honest I thought while eating it there that it was a shortcrust base, albeit a little thicker.  The creamy rice pudding filling is particularly good, and we did the honourable, and I believe traditional thing and had it with softly whipped cream and some chocolate gratings.

Mix the flour with the yeast and the milk, knead in the soft butter and the sugar and salt until you have a soft dough, 5 minutes in the mixer.  Cover and let it rise until double in size. 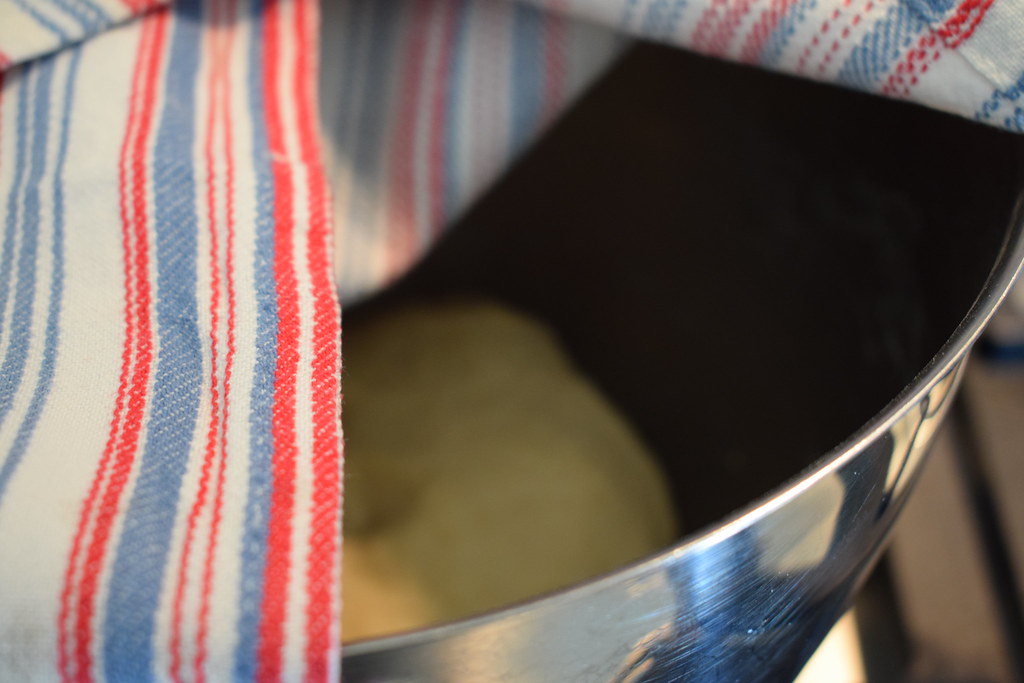 In the meantime, wash the rice until it rinses clear.  Bring it to a boil in the milk, then simmer it for twenty minutes or until the rice is tender. Set aside to let it cool. Split the egg, and mix in the egg yolk with the vanilla and the sugar. Whip the egg white until stiff, then carefully fold it in the rice. 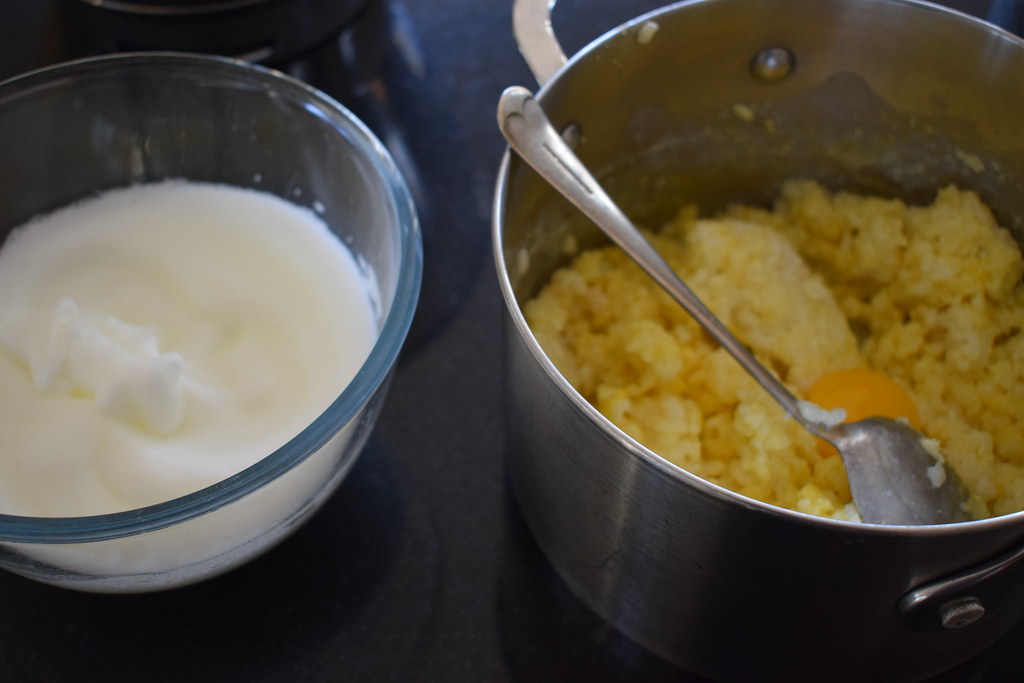 Preheat an oven to 190oC.  Roll the  dough into a large circle and line a deep pie dish with the dough.

Fill it with the rice mixture. Bake on the middle rack for thirty minutes. Remove the pie, let it cool for ten minutes, then remove it from the dish. 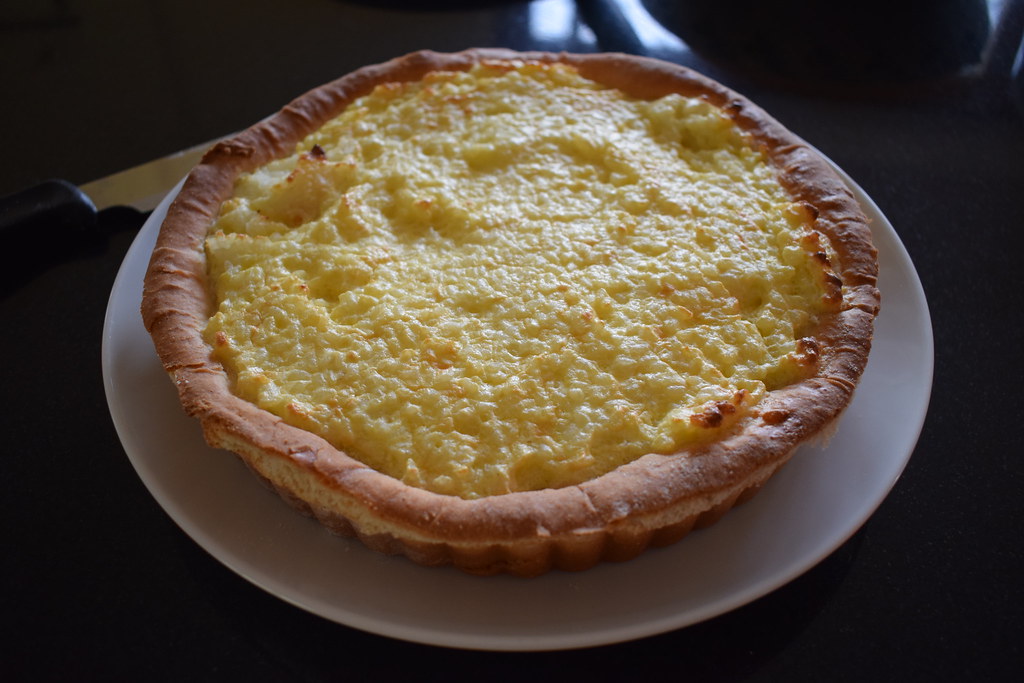 When cooled, serve as is, or with softly whipped cream and chocolate savings.